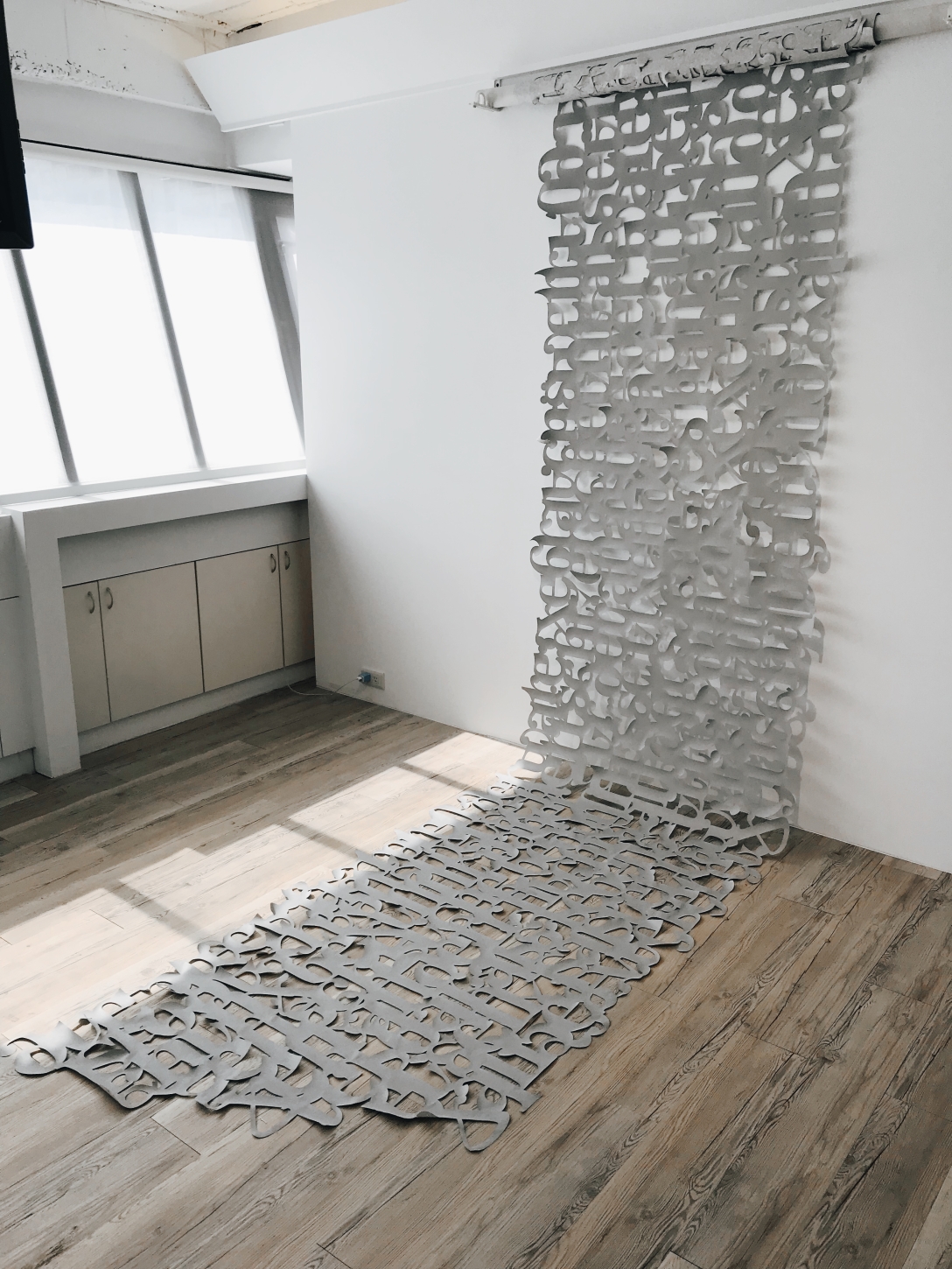 Last week, I went to Bluerider Art Gallery for Kohlhuber’s first solo exhibition in Asia. Even though I was not familiar with the works of the artist beforehand, the ideas she presented were fascinated and thought-provoking. It was not the hypocrisy of fine art creation catering to the privileged few without connection to reality. Focusing on language as creative inspiration, Kohlhuber instead reconsidered the relationship between words and images, pondering the ambiguous functions of them. An artwork is always made to be appreciated and questioned; so is language. Both are constructed by different levels of purpose as well as meaning. With such knowledge of understanding process, texts and images should be seen as a window to interpret what lies beneath the apparent surface.

Through the development of “Bastard” letters, Kohlhuber further expanded the creative possibilities to a great extent. “Bastard” denotes specific hybrid forms in typography. She also made several references to influential thoughts in 20th-century philosophy, such as Karl Marx, Sigmund Freud and Ludwig Wittgenstein. The chosen passages transcended the contextual information and transformed the messages into channels of communication. I particularly appreciate how she organized the digitalized letters. The fluidity of words, the fluidity of thoughts and fluidity in action all manifest a kind of metamorphosis in mind. A mind without limits. A truly free mind. Having said that, the artwork is successfully embedded the notion that the essence of art is far beyond a form of representation as well.

View all posts by Chia-Hua Tsai